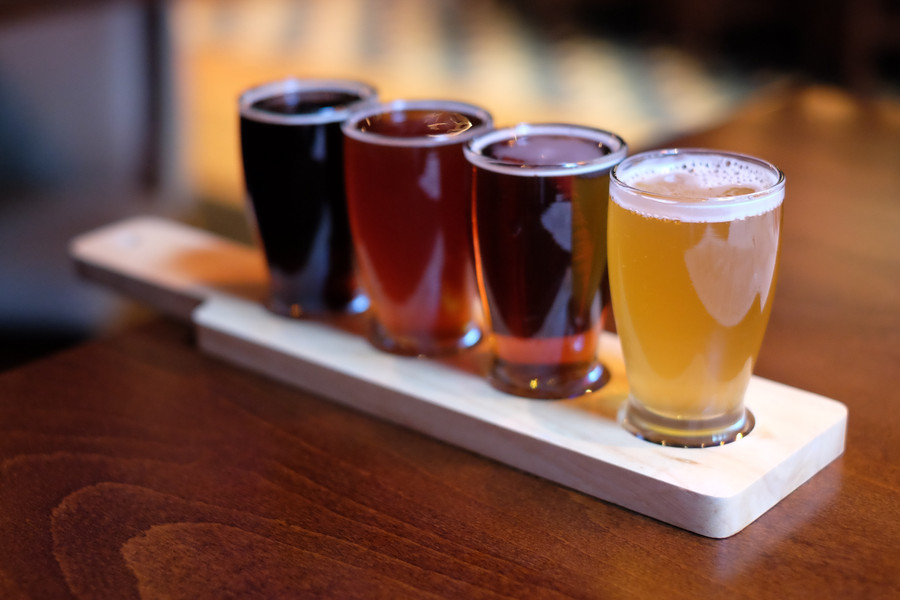 Pour this IPA in a pint glass you will see a copper amber color with a creamy off-white head. You can smell the sweet citrusy fruitiness of this beer and if you like hoppiness in your IPA you will not be disappointed. This is a balanced IPA with with a slight bitter finish. Tumbleweed IPA  (6.6% ABV), brewed in Helena,  also comes in a can which means easily portable to wherever you want to take it from the boat to the campsite to whitewater rafting, this beer is going with you. We at America Unraveled agree with those who feel that Tumbleweed is at the top of its class and have rated this beer as the number one beer in the state of Montana. The only downside that I have heard about Tumbleweed is that it not available outside of Montana. In our humble opinion, this IPA is too good not to share with the rest of the beer drinking world.

As a writer for America Unraveled I had the responsibility to try and to pick the number one beer in Washington and my choice is Bourbon Barrel Aged Abominable: Coffee and Cinnamon (14.0% ABV), which is brewed in Seattle. Why did I pick this beer over so many excellent choices brewed in Washington? Because I believe it is the best winter ale around.

The smell is cinnamon and coffee. The taste is cinnamon and dark roast coffee. It pours jet black into a pint glass. This is a beer that is enjoyed by sipping and not necessarily by the glassful. In conversation about this beer I have heard the word decadent used to describe this exceptional American Style Strong Ale. As the temperatures begin to go down the desire for this beer will only go up.

When summer is in the rear view mirror and fall and winter approach, we begin to look forward to some hearty stouts and Abyss, brewed by Deschutes Brewery in Bend,  sits at the top of the class in Oregon. This Stout is aged in bourbon, Oregon oak, and Pinot Noir barrels.

When Abyss (12.2% ABV) is poured into a pint glass it is black and I mean you can’t see your hand in front of your face black. The pouring results in a dark tan head. I sense in the aroma chocolate, and some hops, a touch of bourbon from its aging in the barrels and touch of coffee. Abyss tastes sweet, but not too sweet. Chocolate is the predominant taste, but you will  also taste molasses, a touch of anise and licorice. Many tastes that are so well crafted together during the brewing process.  Deschutes has brewed a winner and for that reason America Unraveled has picked Abyss as the number one beer in Oregon.